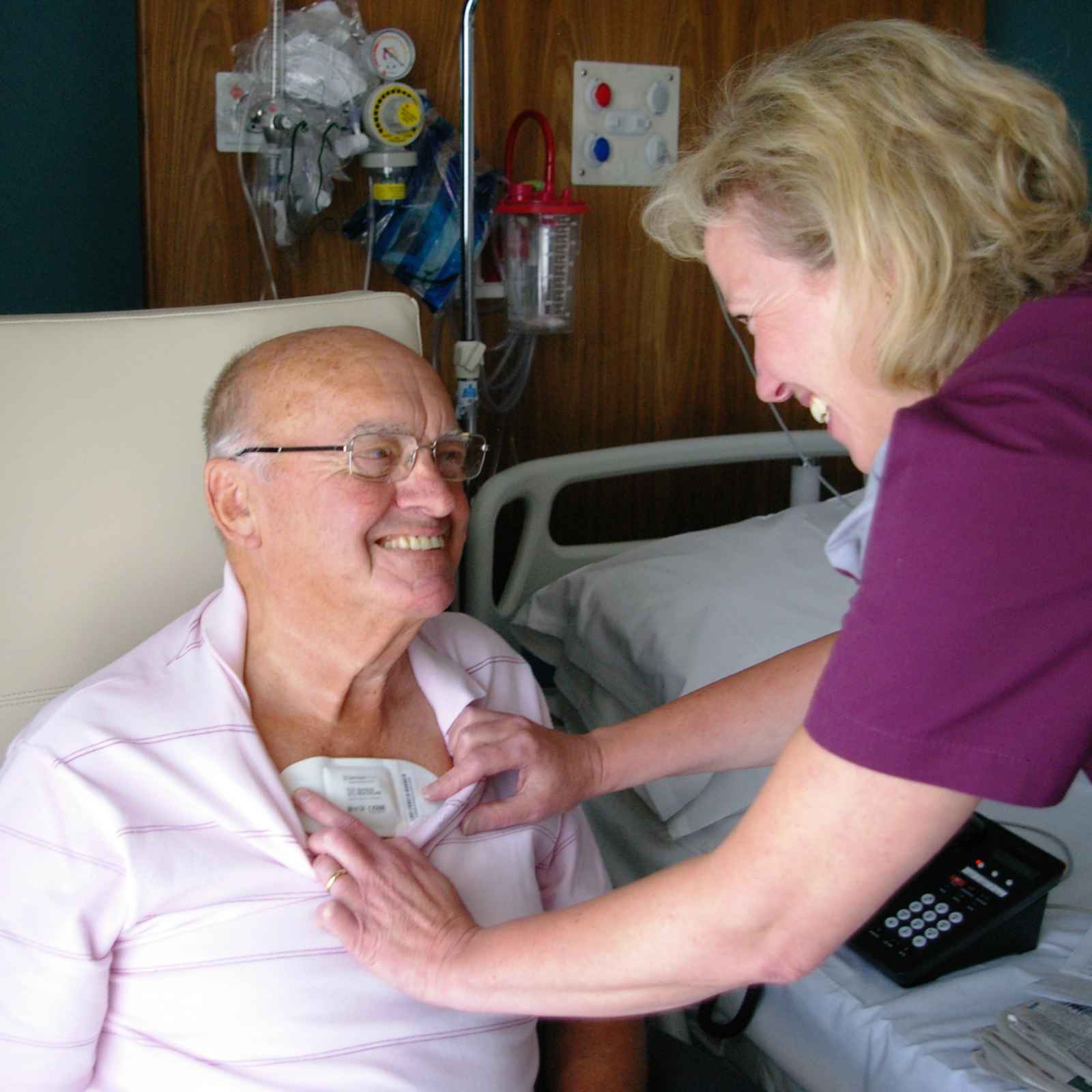 A BRIGHTON HOSPITAL is the first in the UK to start using a new wireless vital signs monitoring device to provide early warnings to medical staff when patients' health is suffering.

Spire Healthcare's Montefiore Hospital introduced the SensiumVitals® system at the end of May and feedback from clinicians has been strongly positive. By taking vital signs measurements every two minutes, the system allows medical staff to react swiftly to signs of patient deterioration.

SensiumVitals® is a lightweight, wireless patch which is attached to the patient's chest with sensors taking readings of heart rate, respiration and temperature. The data is then sent wirelessly to nurse stations and handheld devices. If readings exceed pre-set levels, alerts are sent to nurses who are then able to intervene immediately.

The system is designed for use in general wards and Accident & Emergency waiting areas and since The Montefiore Hospital introduced the British-designed wireless patches, they have been worn by more than 50 patients. Based on results so far, Matron Lynette Awdry believes the patch could be used as standard across all healthcare providers including the NHS.

"As a nurse with 30 years' experience, I know nothing can replace the 'eyes on' assessment of a patient and direct communication about their condition. For us, the SensiumVitals® patch is a new tool which provides an extra layer of monitoring and support for patients and nurses.

"The key advantage of the system is the frequency of the data sent automatically from the patch - it keeps nurses up to date with all their patients, so they can manage their workload more effectively. As a result, they can spend time with patients who might need more immediate attention, safe in the knowledge that if there is a sudden change with another patient, they can respond immediately.

"We decided to implement the SensiumVitals® patch here at The Montefiore because exploring innovations in patient care is a key part of Spire Healthcare's culture. I would expect to see other hospitals, both private and NHS, using the patches in the near-future in a variety of clinical settings."

Oxford-based Sensium Healthcare, which designs and supplies the patches and the wireless network on which they operate, confirmed it is currently liaising with a number of NHS hospitals looking to deploy the system over the next 12 months.

"Our goal with SensiumVitals® is to help improve patient safety and deliver health economic benefits to hospitals.

"By taking vital signs measurements every two minutes, the system allows clinicians to react swiftly to signs of patient deterioration. This provides reassurance to both patients and staff and offers the firm prospect of improving patient outcomes and reducing the length of hospital stays.

"The system has already been described as a "game-changer" and we are very encouraged by the feedback we have received from The Montefiore Hospital in Brighton. In the coming months, we expect to introduce the system into a significant number of hospitals both in the private sector and across the NHS."

SensiumVitals® is a wearable, wireless system which provides continuous monitoring of heart rate, respiration and temperature for patients in general wards and Accident & Emergency waiting areas.

Readings are taken every two minutes, with the results sent wirelessly to nurse stations or web-enabled portable devices. Notifications are issued to nurses if measurements exceed pre-set thresholds. The key benefit of the system is that it allows clinicians to identify patient deterioration more quickly than with standard observation rounds - the classical model is every four to eight hours.

The system is based on a lightweight, wireless patch which is attached to the patient's chest. Each patch is disposable - to avoid cross-infection; and has a battery life of five days - long enough to cover most hospital stays. The patch weighs only 15 grams and is therefore unobtrusive to patients. The system's wireless capability allows patients to move around whilst still being monitored – hence aiding faster recovery times.

The system addresses concerns about patient safety which have been highlighted in a number of recent reports. In a US study of SensiumVitals® in 2013, patients who received early intervention on average saw hospital stays reduced by four days.

Read more about wireless patient monitoring on the BBC.