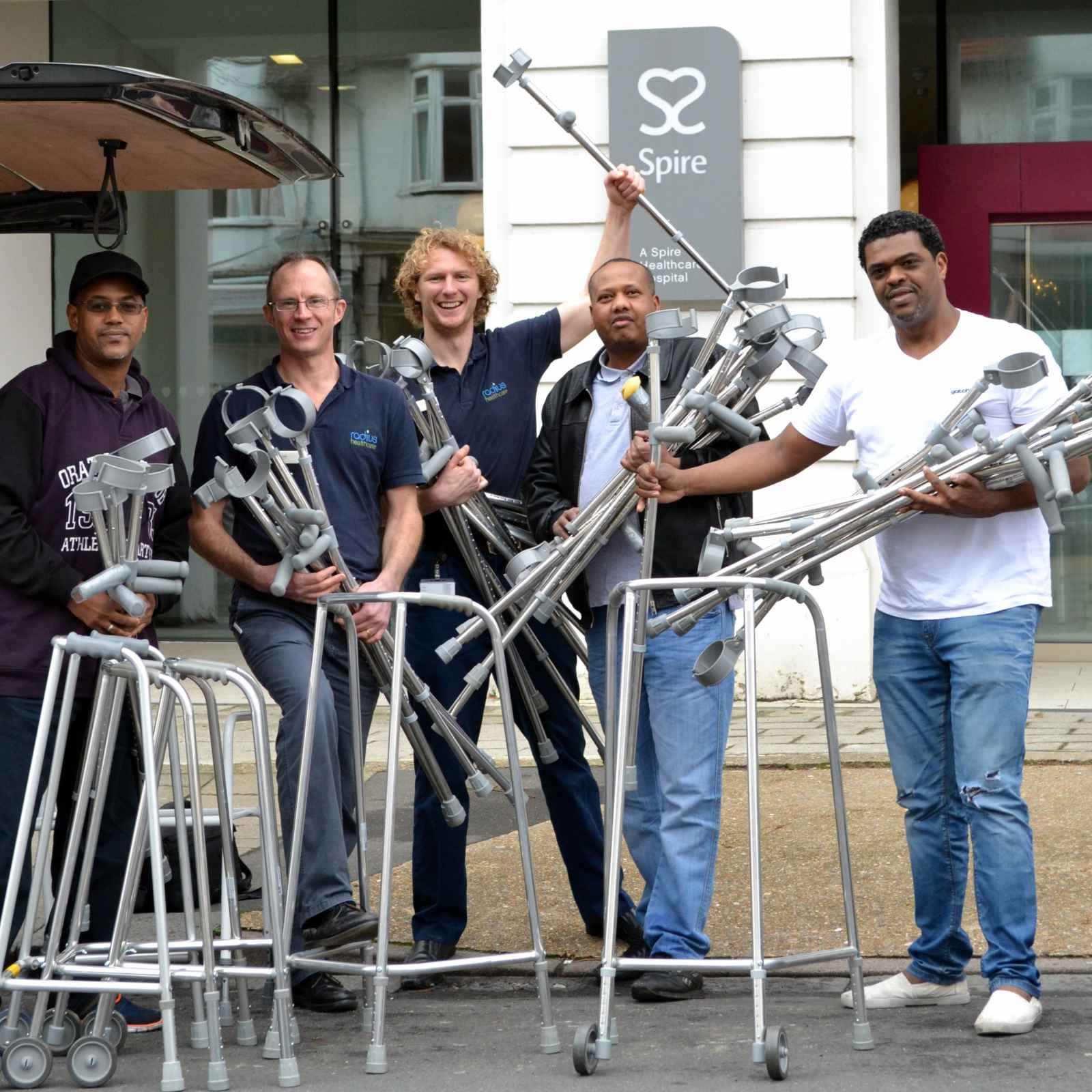 Physiotherapists at The Montefiore Hospital in Hove have turned their recycling efforts into a charitable cause.

In the past six months, they have collected more than 750 unwanted crutches from patients and these are now on the way to a poorly equipped hospital in the Republic of Somaliland, east Africa. Once there, the crutches will be used by victims of car accidents and the past civil war.

“Our patients leave crutches with us once they no longer have use for them, but we felt terrible just throwing them away,” says Gary Nicholson, physiotherapist with Radius Healthcare, a partner with The Montefiore Hospital. “We made contact with a small charity called African Appeal that is now taking our crutches to Somaliland which is great news for the patients there.”

In the UK, strict health and safety rules mean crutches cannot be reused and even charity shops are reluctant to accept them from donors. All donated walking aid equipment is thoroughly checked by The Montefiore team and their African Appeal partners to ensure they are in working condition before being transported the 7,064 miles to Hargeysa, the capital of the Republic of Somaliland.

Nasser Soufi, a Bristol-based postman who is leading the African Appeal charity with his work colleagues, says: “There is a huge demand for this equipment in the main hospital in Hargeysa. When I visited last year, three crutches were being shared by several hundred people. Many are victims of car accidents as the roads in Somaliland are rough and hazardous. We are very grateful to The Montefiore Hospital helping us with this project.”

The African Appeal team have already made one trip to Hargeysa hospital and set off again on Wednesday, April 12, for a second trip to deliver the crutches.