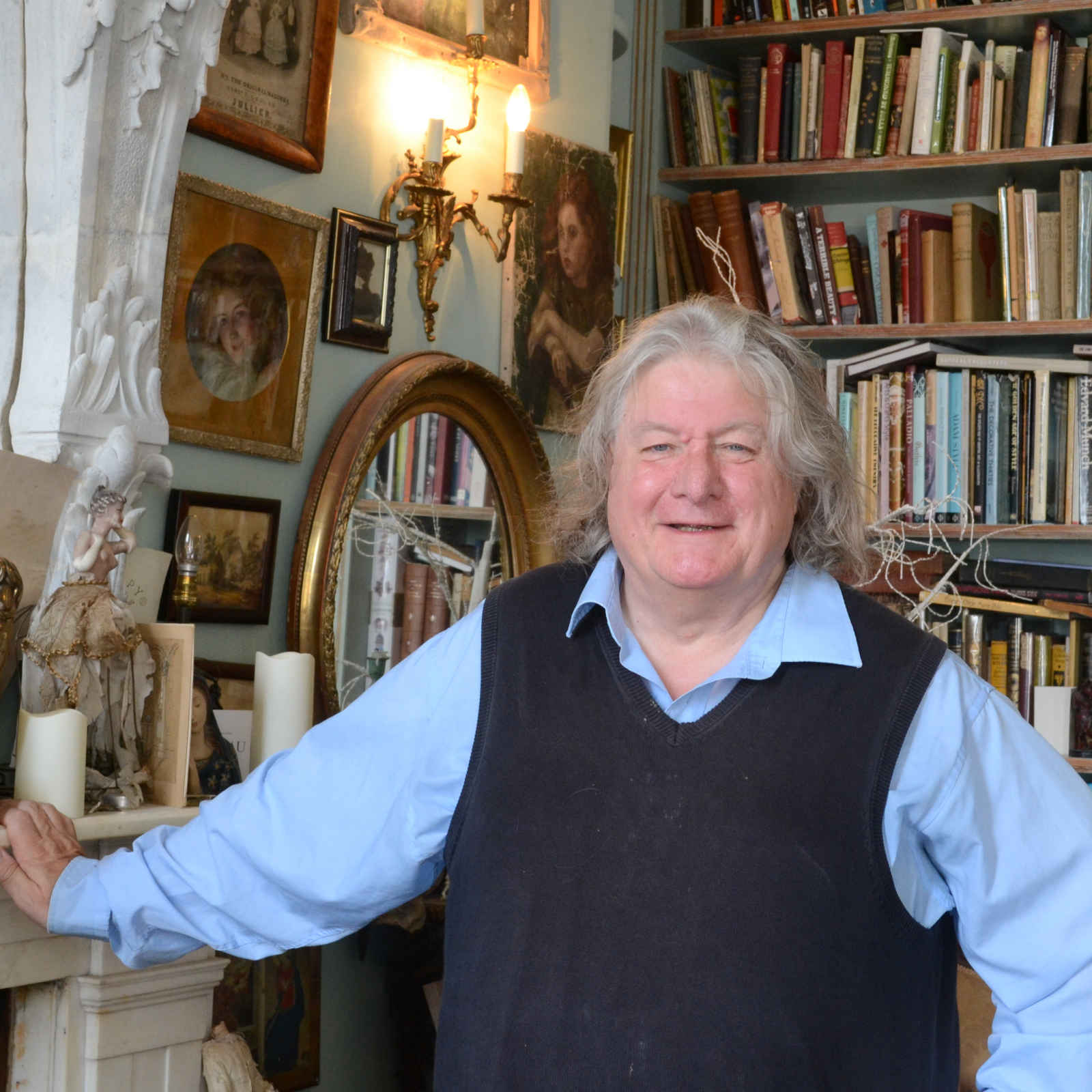 If you are a Game of Thrones fan and were watching the finale back in May, you might have spotted the trailer during the ad breaks for a new Sky One series which starts on Friday, September 13.

Called Temple, its main character is a surgeon played by Mark Strong whose medical ethics are tested to the limit and beyond. Much of the set is a recreation of the old underground tube station which exists underneath Temple station in London, and is the work of Emmy and BAFTA-winning production designer, and Brighton resident, David Roger.

It was his first major project following months of illness which finally led to gall bladder surgery at The Montefiore Hospital in Hove in April last year.

Chatting in his apartment, crammed with props from the set design of BBC One’s adaptation of Great Expectations (for which he won an Emmy and a BAFTA ) David says that, with hindsight, he realises his body was giving him worrying clues that there was a problem for several years before he became severely ill.

“I had a lifestyle of epicurean fine dining, but when I look back I remember often ending up with stomach cramps after a heavy meal or even feeling feverish, and often felt a bit yucky after eating rich food. “

Working in the film industry, he says, doesn’t help to maintain a healthy diet.

“It is long days, and everyone is exhausted, so they feed you round the clock. It is non-stop catering with huge breakfasts and lunches, and tables full of cakes and sandwiches and sugary things – it is a terrible industry for putting on weight.”

But it was an indulgent Burn’s Supper in January last year which was the tipping point.

“I had been up in London looking for some props for a project I was working on, then started to get terrible stomach pains. I felt so sick. I thought I had food poisoning, so I rang 111 and they sent an ambulance. Meanwhile, it was getting worse and I started to have chest pains - I thought I was having a heart attack.”

David, 67, was rushed to University College Hospital in London where it was discovered he had gallstones which had become lodged and were infected. He stayed in hospital for 10 days while medics battled to reduce the infection.

He was told that he needed his gall bladder removed but had to stay infection-free for four weeks before this could happen.  Back home in Brighton, his health took on a vicious cycle of feeling fine for a few weeks, then suffering another attack. He went to A&E at the Royal Sussex County Hospital three times in two months.

He had a pre-operation assessment with the NHS but as the weeks went by, the waiting was “driving me crazy” he says, so he made an appointment with gastrointestinal surgeon Mr Goldie Khera at The Montefiore Hospital in Hove.

Within a week, he was booked in for surgery to remove the gallstones and gall bladder. The operation, on April 16 last year, took longer than anticipated as David’s liver, which sits close to the gall bladder, was also badly infected and bleeding.

“I felt better immediately after the operation,” he says. “Since then I have lost several stone in weight, have started swimming, and try hard to be more disciplined when it comes to food.”

His will power was put to the test when, within a few months of surgery, he was well enough to start work on the Temple project and was once again tempted by TV catering. However, while David allows himself the occasional cake, he is much more careful about eating rich foods, and is proud to say he hasn’t had an alcoholic drink since that near-fatal Burns Supper.

What the consultant says

“David was in a very bad way by the time I met him. I started him on a low-fat diet and antibiotics to calm everything down and it was a week before I could operate. The gall bladder sits on the liver and, in David’s case, had caused considerable scar tissue to form.

Many people have gallstones but are unaware that they have them. They may have the occasional flare up of stomach pains and nausea after eating, but for many people, it may never progress further than that. However, if you are getting recurring problems after food, then see your GP. Gallstones will not go away by themselves and if you postpone the issue it can lead to more serious health problems in the long run as in David’s case. “

The gall bladder and gallstones:

The gall bladder acts as a reservoir for bile which is made by the liver. When you eat, a hormone triggers the release of bile into the stomach to break down fat in food.  Gallstones occur when there is a chemical imbalance in the make-up of the bile inside the gall bladder. A rich diet, high in fat and processed foods, can be one of the factors contributing to gallstone, but they can also be hereditary. A low-fat diet with plenty of fresh vegetables and whole grains can ease symptoms.

The body can cope very well without a gallbladder which is removed during surgery along with the gallstones. The liver will still make enough bile to digest food, but instead of being stored in the gallbladder, it drips continuously into the digestive system. Patients generally don’t need to follow a special diet after surgery.