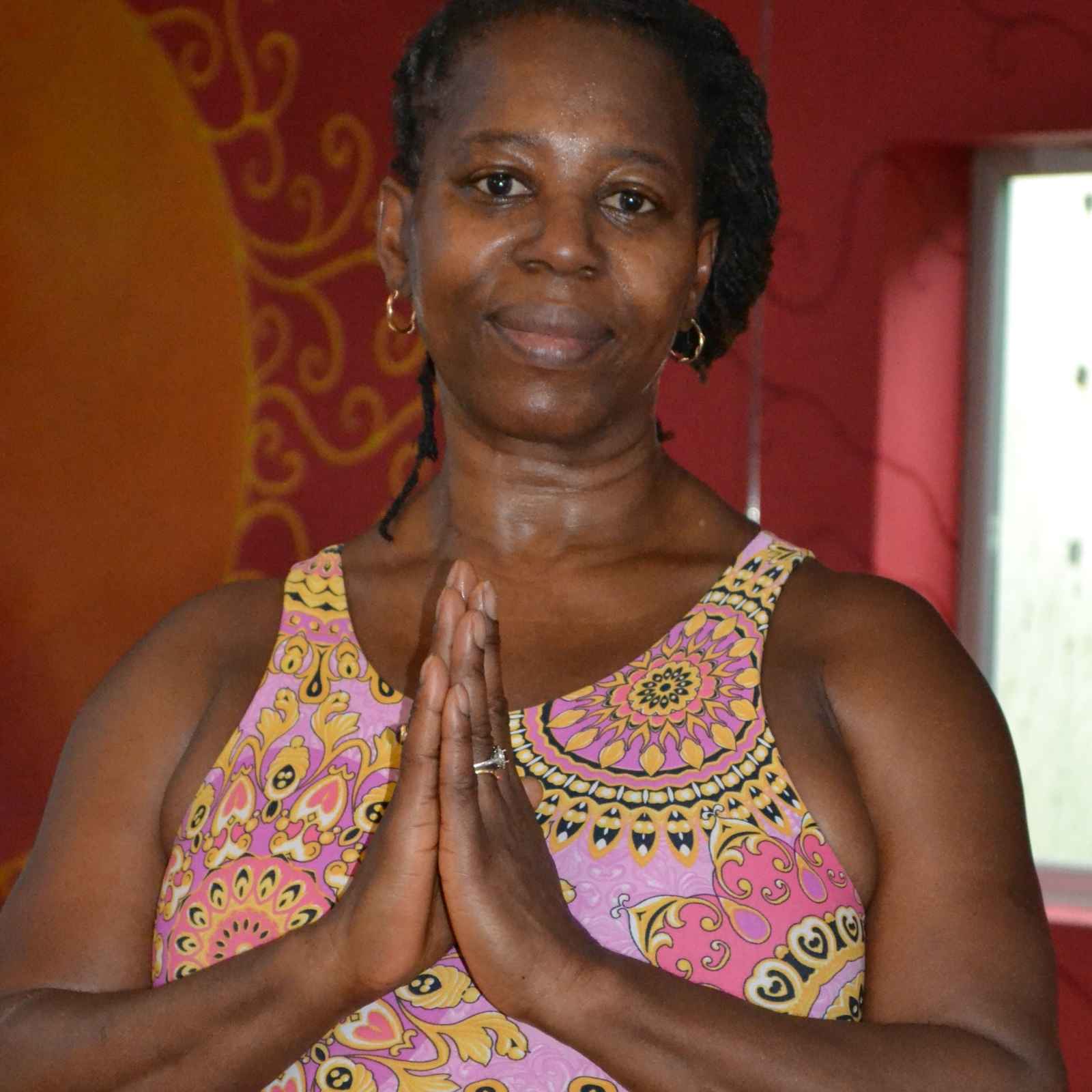 Nine months on from a knee replacement, Carolyn Jikiemi-Roberts – known as CJ to friends and family - proudly demonstrates her flexibility with a range of yoga poses.

As the owner of Hot Yoga South, based in Brighton and Balham, she puts her recovery down to this ancient form of exercise - and the skill of consultant orthopaedic surgeon, Mr Sandeep Chauhan, based at The Montefiore Hospital in Hove.

Within 16 days of the operation on her right knee, she was back practising yoga in her studio in Portslade and was soon teaching three times a week as well as doing daily workouts. Now she teaches 12 times a week, specialising in hot yoga in which the exercise is performed in a heated studio at a temperature of 45°C with 50% humidity.

“Years ago, I wasn’t keen on yoga,” she admits. “As a personal trainer, I was much more into running and high impact sport, but when I had my children I needed something to help with the stress – when you are a mum with three children under the age of four that’s really important. So, I tried yoga and was hooked. Within five months I was training to be an instructor.”

That was 17 years ago, and CJ says: “I’ve always known it is the best exercise following an injury as it is low impact, but now, since my knee operation, I have proved it.”

She was first told she would need a knee replacement three years ago but was desperate to avoid what she felt was major surgery.

“I had noticed for a long time that running down hills was uncomfortable on my knees. Back in 2000 I decided I wanted to do a marathon before I turned 40 but it was running downhill, rather than uphill, during training sessions which I found particularly hard.”

The pain in her knee gradually grew worse and by the time she met Mr Chauhan for the first time in 2015 “I could hardly walk and the pain was terrible, especially at night.”

She was told she had damaged the meniscus of the right knee (the cartilage that provides a cushion between the thigh bone and the shinbone) and also had a small meniscus tear in the left.

Mr Chauhan carried out meniscus repairs to both knees but told CJ that her right knee was so arthritic that she would eventually need a knee replacement and predicted she would be back to see him within a few months.

“I thought I am only 55 years old, too young for a knee replacement, so whatever I do, I am going to fight this,” she says. “After the repairs, I walked out of The Montefiore without crutches and within a week was doing yoga every day.”

But two and half years later, the inevitable happened – her knee again began to cause her pain, particularly at night.

This time, however, she decided she wouldn’t leave it until she could barely walk like last time.

“I didn’t want to wait until I was much older, and my knee was worse. I knew it would take longer to recover and meanwhile I would be missing out on the things I wanted to do.”

So, she had a unilateral knee replacement (where a portion of the knee is resurfaced) on February 18th, 2019 under spinal anaesthesia.

“I was awake the whole way through and watched my operation - it was fascinating and apparently I never stopped talking throughout,” she laughs.

Fast forward to today and CJ, now 59, is looking forward to semi-retiring in a few years’ time, once her youngest child graduates from university. She plans to travel the world with her husband, teaching yoga along the way.

“I feel passionate people should not leave it too late to have their knees done,” she says. “My father-in-law has just had a knee replacement at the age of 84 but he should have had it done 10 years earlier.

“They say a life of a knee is 20 years but if I can get to do everything I want to do over the next 20 years because of my new knee I will be a very happy person.”