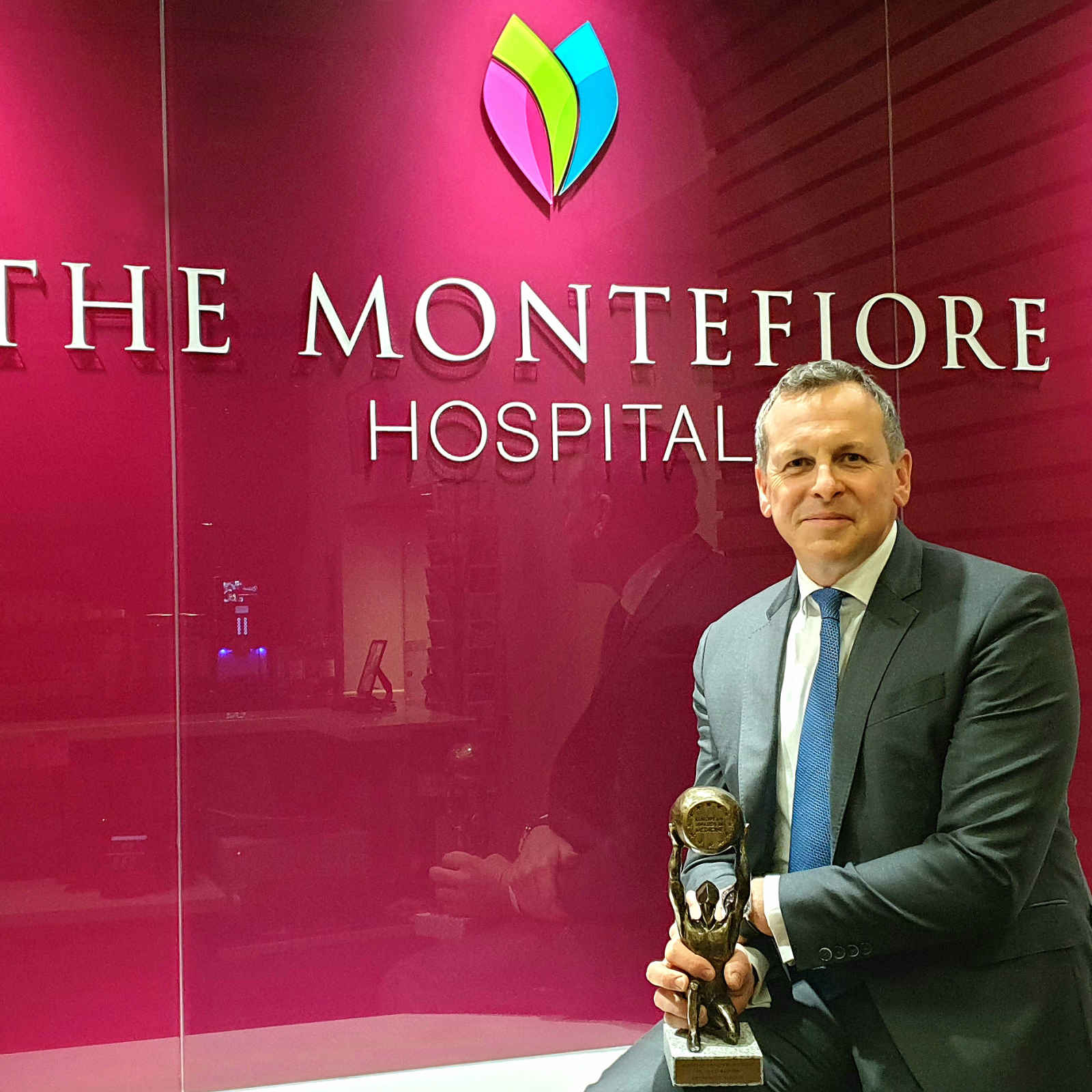 The consultant, who has a practice at The Montefiore Hospital in Hove, collected his award at a ceremony in Paris recently to mark the 2019 European Awards in Medicine.

“I am absolutely delighted with this award. It came as such a surprise and the trophy itself is beautiful and currently sitting on my desk in my Sussex office,” he says.

When Mr Redfern first introduced the idea of doing keyhole surgery for foot disorders like bunions in 2009, he was told it was ‘crazy’.  Since then he has revolutionised foot surgery, correcting painful foot disorders from bunions to arthritis, sports injuries to trauma. In many cases he combines his minimally invasive procedures with arthroscopic techniques, using an endoscope inserted into the joint through a small incision. He has also helped develop tiny instruments which have been specially made for this type of surgery.

“Bunions are one of the most common foot problems, but so many people put off having them corrected as they have heard how painful the surgery can be,” says Mr Redfern. “Minimally invasive surgery drastically reduces pain after the operation – the vast majority of patients have said they haven’t needed to use painkillers and recovery is quicker.”

Over the past 10 years, Mr Redfern has trained more than 500 consultants worldwide in minimally invasive techniques and is currently training surgeons in America. His techniques have been used in more than 50,000 procedures across the world.

Mr Redfern completed his higher surgical training at St George’s Hospital in London and was then appointed as consultant orthopaedic surgeon at Brighton & Sussex University Hospitals in 2004. He has published extensively on foot and ankle surgery and has served on the council of both the British Orthopaedic Foot & Ankle Society (BOFAS) and the European Foot & Ankle Society (EFAS).

The European Award in Medicine is his second accolade for key-hole surgery – his first came in 2015 when he was given a lifetime membership to the German Foot and Ankle Society.

Mr Redfern now works exclusively in the private sector with his practice based in key London hospitals as well as The Montefiore Hospital where he holds clinics on Tuesdays.

“I remain fascinated by my field of medicine and hope to be able to continue to push the boundaries of modern surgery,” he adds.

*The European Awards in Medicine are organised by the Professional and Business Excellence Institute which also recognises pioneers in the legal and technology industries.