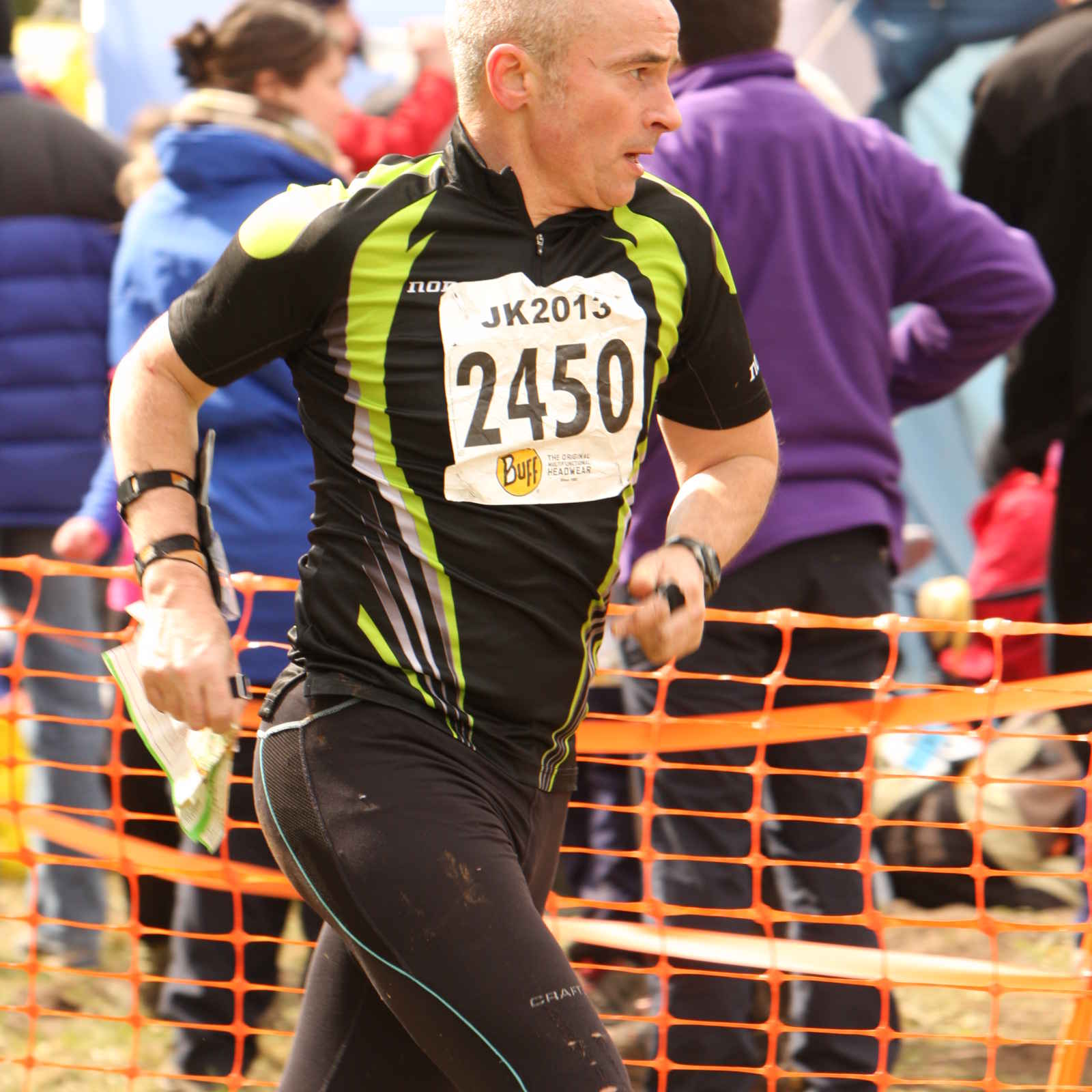 Kenny Leitch is amazed that he has just two tiny scars following pioneering surgery on his left hip which has enabled him to run again and one day, hopefully, tackle the mountain marathons that he so loves.

He is one of only a handful of patients in the south east to have undergone Lipogem hip salvage, a relatively new technique which uses the body’s own fat cells to replace damaged cartilage caused by arthritis. Without this procedure, the 55-year-old from Findon in West Sussex would have needed a hip replacement, and that would have meant the end to his high impact sports.

His operation at The Montefiore Hospital in Hove was in June, and fat cells taken from his stomach will continue to grow and form cartilage around his hip joint for up to 18 months.

“I have now got my own little bio factory going on in my hip,” he says. “This procedure has given my hip a new lease of life.”

Kenny is already clocking up three mile runs and looking forward to a Christmas Eve tradition of doing a five mile run on the South Downs with family friends – something he has done for the past 25 years with the exception of last year when the pain in his hip was so great he could only ride beside his mates on a mountain bike.

Running has been part of Kenny’s life since he was 18 years old and he completed his first marathon, in Glasgow, in 1983.  His passions are orienteering (he has been a member of Southdowns Orienteers for the past 30 years) and mountain running.  He has clocked up 23 Original Mountain Marathons - a two-day event held around the UK in October every year, in which competitors run and navigate through mountainous terrain, carrying their own food, clothing and equipment for an overnight stay in the mountains.

But last year his mountain running days seemed to be over as his left hip became too sore, making it difficult to lift his leg, and sleeping was uncomfortable. Within six months, he could barely lift his leg into bed and was taking pain killers just to enable him to walk.

He was referred to The Montefiore’s Mr Philip Stott, a consultant orthopaedic surgeon who specialises in hip surgery.

“After looking at an X-ray, he told me that pretty much all the cartilage in my left hip had worn away, that I had arthritis and would need a hip replacement. I thought that can’t be me, I’m a runner.  I must have misheard, and I had it wrong. It was a real shock. It never crossed my mind it could be arthritis. I thought it was just soft tissue damage.”

Kenny was sent for an MRI scan and another appointment was made with Mr Stott for a few weeks later to give him time to process the news.

“It took a week or two to get my mind round it. It’s hard when you have been told you have this problem and you may not be able to run again. I had always been running and out most weekends with family and friends. I suddenly realised a lot of my social interaction was tied up with my sports.”

“But then I told myself that there are lots of other things I can do, and I am healthy. I started talking to people about hip replacements and even discovered a neighbour who had been skiing following this surgery.”

By the time he saw Mr Stott again just before last Christmas, Kenny had come to terms with the fact he would never run again.

But at the appointment he was given surprising news. Mr Stott explained about hip salvage and said Kenny would make an ideal candidate as he was relatively young and wanted to continue high impact sport. The consultant is one of only two in the country, and the only one in the south-east, carrying out the Lipogem procedure and Kenny would be his third patient.

“The minute I heard about it I wanted to find out more, but it was hard because so few people had been through the procedure.”

He read all the material available on the internet and put his faith in Mr Stott.

“I never had any doubts about having this done. I thought the worst that can happen is that it doesn’t work, and I do have to have a hip replacement.”

He was on crutches for six weeks after the operation but had no pain. When he began to walk unaided, there was discomfort as he put his weight on his left leg, but this gradually improved. Kenny started working out on an exercise bike at eight weeks post-op and going for longer walks.

Mr Stott told Kenny he would be able to start running after three months.

“I knew to the day when the three months would be up – September 26th - but on that day I felt `no I can’t do it’. A week and half later, I was coming back from lunch with friends and had my running shoes on and thought I could go for a jog and did about 200 metres. I couldn’t believe it! Your body just knows when it is ready.”

Since then he hasn’t looked back. He is hoping to start orienteering again soon and perhaps aim for his first mountain marathon next summer.

“But I don’t want to get ahead of myself - I don’t want to force it,” he says. “It is such a new procedure that there is no recorded evidence of a patient’s long-term progress. For now, I am just delighted that every week I am gradually getting better and can run without pain. It is all really positive and having the operation was absolutely the right thing for me.