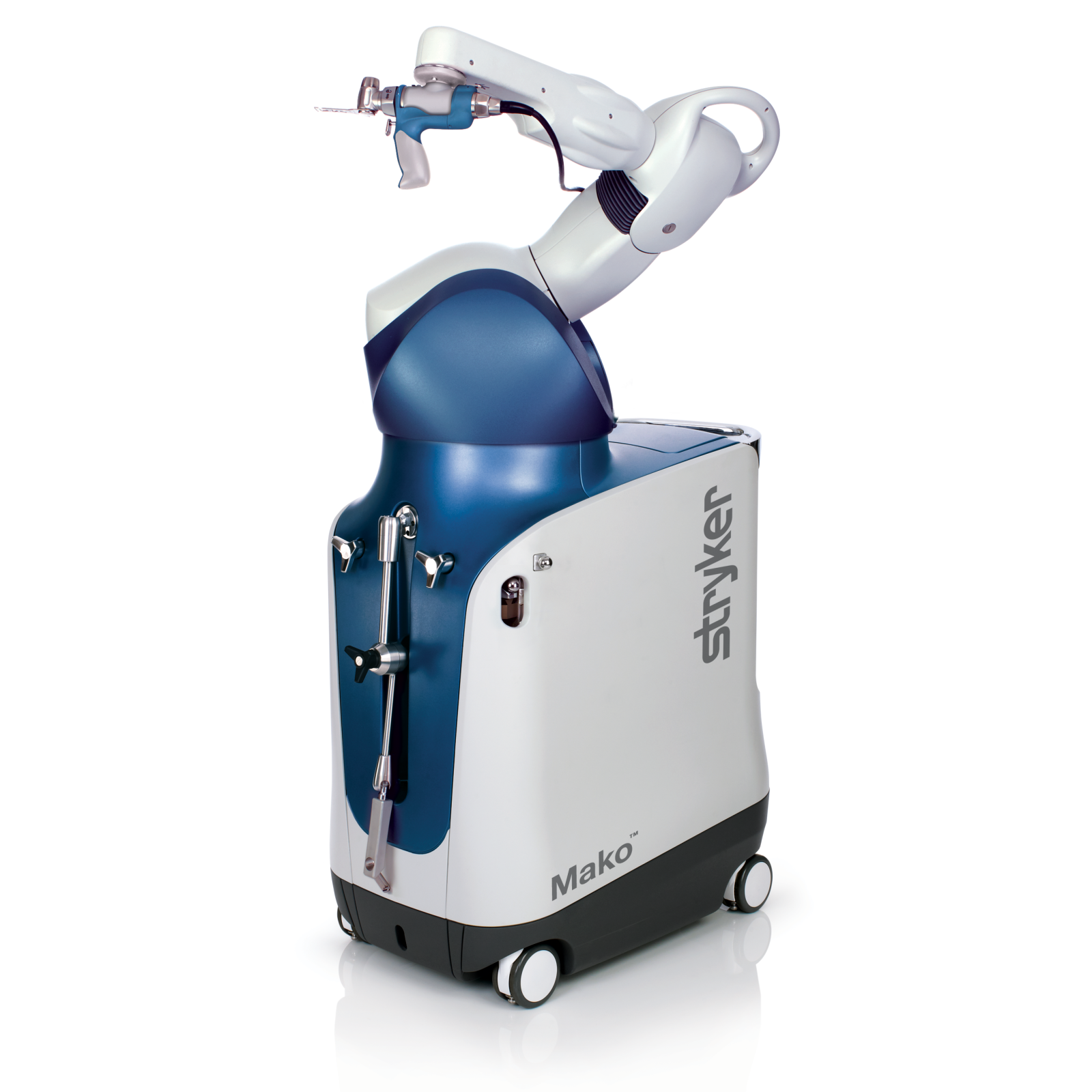 Anne Priborsky, aged 67, had a partial left knee replacement on January 15, 2021 at The Montefiore Hospital with the assistance of the new Mako robotic arm. Her surgeon was knee consultant Mr Sandeep Chauhan.

Hove-based artist Anne Priborsky began having knee problems about 10 years ago and was in pain when driving. She saw an osteopath for a couple of years before a consultation with knee consultant Mr Sandeep Chauhan of The Montefiore hospital in 2012 when he told her she would eventually need a partial knee replacement.

“I do a lot of walking and have been doing yoga for 40 years. I felt fine and was coping with my knee until early December last year.”

“I bent to get something and had a peculiar sensation down the back of my calf and my knee felt disengaged and loose.”

Ms Priborsky, a grandmother of four, had a ruptured `Baker’s Cyst’, a fluid-filled sack behind the knee likely caused by the osteoarthritis of the joint.

“At that point, I realised I needed to get something done about my knee and made another appointment with Mr Chauhan. I also thought now would be the ideal time to recover from surgery because I had to be confined to home anyway as the country was in lockdown due to COVID-19.”

The operation was booked for Friday, January 15 and Ms Priborsky was called beforehand and told her surgery would be assisted by the new Mako robotic arm.

“I was given a website to look at and did a bit of reading and learnt I would have a better, more positive outcome with the use of the robot.”

Within a couple of hours of the surgery, she was walking around the hospital on crutches and, after a night’s rest, she was practicing the stairs under the guidance of The Montefiore’s physiotherapist.

“Once home, I was up and down stairs straight away using one crutch. After a couple of days, I realised I was carrying this one crutch around and not even using it as I felt really stable on my feet.”

“I was doing the exercises I was given regularly and 10 days after the operation the physio said I had really good flection in my knee.”

By the time she had her six-week post-operative check with Mr Chauhan, Ms Priborsky was already walking around two miles a day and back to taking part in her regular Zoom yoga and gym sessions - “all thanks to my knee surgeon and a robot,” she says.

“I normally walk for miles and miles with my friends on the south downs and so, now my knee is ready to go, I am looking forward to getting back to everyday normality when lockdown restrictions ease – walking, going to the gym and back to doing yoga.”