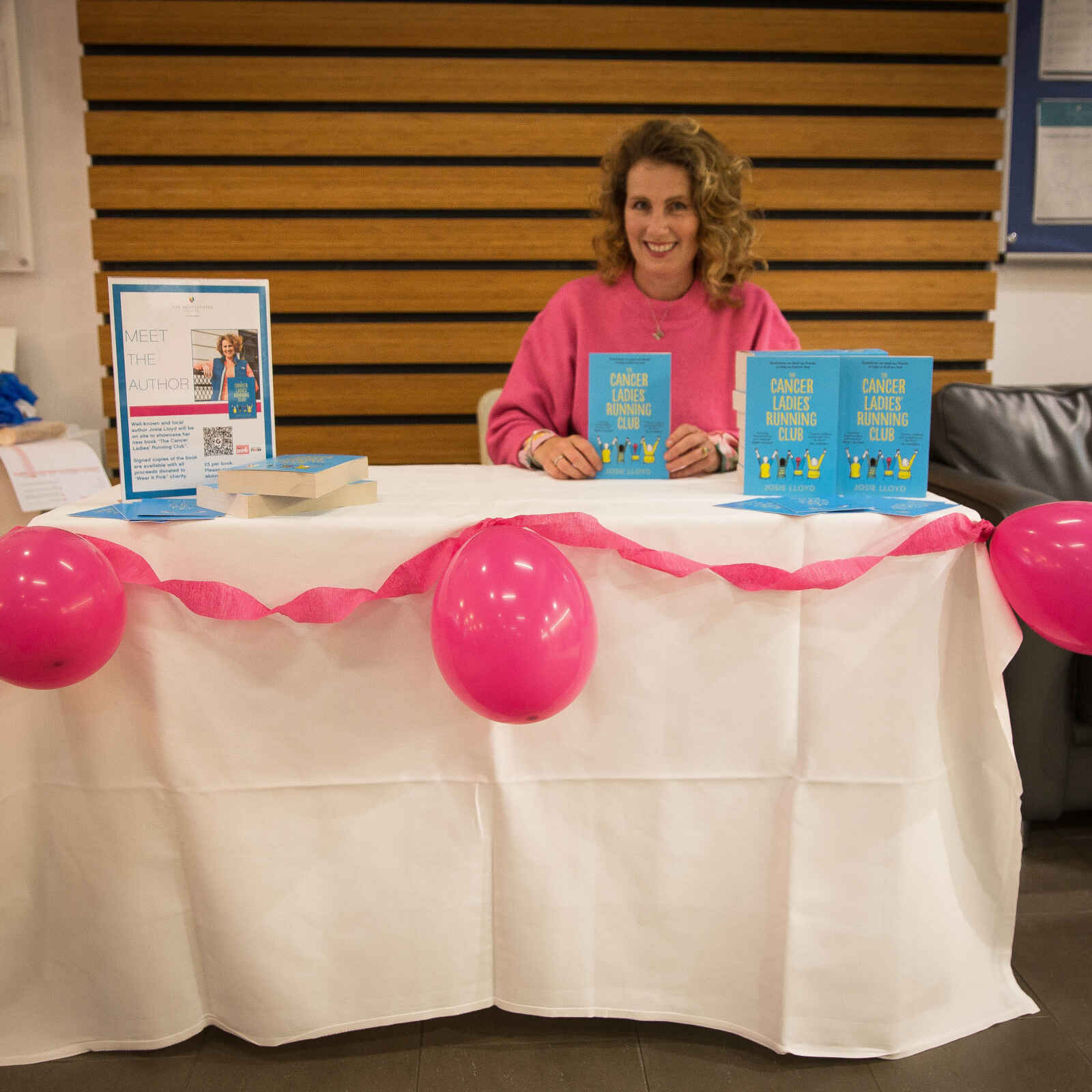 The 52-year-old has turned her own breast cancer experience into a best-seller: The Cancer Ladies’ Running Club – a portrayal of friendship through the toughest times with a strong message about the benefits of exercising through cancer treatment.

After a mammogram in January 2019 revealed unusual breast tissue in her left breast, Josie had a mastectomy and chemotherapy at the private hospital in Hove which has an award-winning oncology suite. During her treatment, Josie was encouraged by a group of local women to start running and, just before her third session of chemotherapy,  took part in the Brighton Marathon 10k.

While the book is fictional, the cancer element has been informed by Josie’s own experience and there are several characters who could be likened to members of The Montefiore Hospital team.

At the hospital’s fundraising event, which also included a cake sale and raffle, Josie met with other breast cancer patients and the team who had looked after her.

“It was a pleasure to come back to The Montefiore and share extracts from the novel with fellow breast cancer survivors and the team,” says Josie. “During my treatment, although it wasn’t pleasant, I always looked forward to coming in for my chemo sessions because of the wonderful team here.

“If breast cancer is picked up with early scans, many women like me are not just surviving, but thriving on the other side. I want my book to start a conversation about how to live well. And I hope people will read it and feel empowered.”

Mr Charles Zammit, consultant breast surgeon who treated Josie, says: “Screening for breast cancer is so important as well as checking your breasts regularly. If there are any changes from the norm, then it is vital this is investigated. Catching cancer early makes it more treatable.”

Mr Zammit runs a Triple Assessment Clinic which includes a mammogram, ultrasound and, if needed, a biopsy, all in the same appointment. Patients are informed of the imaging results on the day and biopsy results are available within a week.